Home/News and Events/News/Four Dead, 159 Unaccounted for in Miami Condo Collapse

Early on Thursday, a condominium building in Miami, Florida collapsed, leaving at least four dead and over 150 people unaccounted for.

“I woke up to learn that three bodies had been pulled from the rubble last night,” Miami-Dade Mayor Daniella Levine Cava told ABC on Friday, adding to the one fatality that was announced on Thursday. “Devastating news for families waiting for any hope of survival.” The three have not been identified.

Florida rescue workers are working diligently to recover people from the rubble. According to Florida authorities, the 12-story building involving some 55 units split apart and crumbled. They still aren’t sure why the building collapsed. “I can tell you at this time they haven’t found any evidence of foul play, so that is important for people to know,” the mayor added. The police department plans a full investigation.

Fire crew members rescued 37 people on Thursday, and 35 of them were evacuated from balconies of the part of the building that was left intact. Many families are waiting for news of their missing relatives. 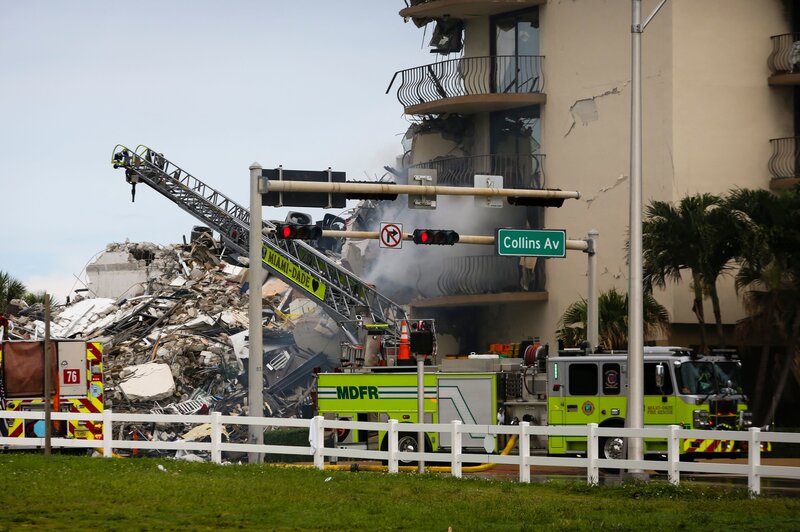 As search and rescue operations continue, questions abound as to why the Champlain Towers South complex near Miami, only 40 years old, partially collapsed on Thursday.

Charles Burkett, the mayor of Surfside, reported that the building has undergone minor construction work recently, including roof work.

“But there’s roof work being done on buildings all the time, and it’s hard to imagine that that could have been the impetus for such a catastrophic collapse – I’m sure that it probably wasn’t,” he said.

Burkett added the building, which housed more than 136 units, “is not really an older building.”

“There’s no reason for this building to go down like that unless someone literally pulls out the supports from underneath, or they get washed out, or there’s a sinkhole or something like that because it just went down.”

At Zinda Law Group, our personal injury lawyers are experienced and have handled many cases involving victims of accidents. We have the knowledge and resources necessary to help you determine what to do next and to help recover the best possible outcome for your case.

Call us today at (800) 863-5312 for a free and confidential consultation with one of our personal injury lawyers in Florida. You will pay nothing unless we win your case. That’s our No Win, No Fee Guarantee.