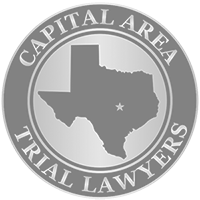 Burgess Williams has dedicated his career to defending injury victims against large corporations that are only concerned about their own bottom line. Burgess is a Partner at Zinda Law Group and a talented trial lawyer. He focuses his practice on cases involving catastrophic personal injury, wrongful death, gas explosions, automobile and trucking accidents, traumatic brain injury, and much more.

This respected litigator puts his clients’ interests above all else and fights tirelessly to help them recover the compensation they deserve under the law. He believes that the courtroom is not only a place where people can enforce their rights but also a place where real change can occur. It is with this in mind that he is a fierce defender of the right to a trial by jury guaranteed in the Seventh Amendment to the U.S. Constitution.

Burgess has had a lifelong passion for the law, first inspired by his father, who worked as an attorney and who instilled in Burgess a deep appreciation for justice and civil rights. After graduating with a bachelor’s degree in history from Wake Forest University, where he was a member of the men’s soccer team, Burgess earned his juris doctorate from Florida State University College of Law in Tallahassee, Florida.

Burgess lived for several years in Latin America, where he became fluent in Spanish. While in Argentina, he founded a company that manufactured luxury leather goods for export abroad. Gaining experience in the business world before becoming an attorney has allowed him to understand a dimension of cases often overlooked or underappreciated.

Admired by clients and colleagues alike, Burgess has earned well-deserved recognition for his numerous accomplishments as an attorney. He is a lifetime member of the prestigious Million Dollar Advocates Forum, a distinction held by less than one percent of attorneys nationwide. Burgess has earned an “Excellent” rating and the 2015 Clients’ Choice Award from the Avvo Corporation, an online law directory and has been named in the ‘Top 100 Verdicts in Texas in 2018’ list.

In all his endeavors, Burgess is blessed with the support and encouragement of his loving family. Outside the office, he enjoys watching soccer, exploring the great outdoors, watching films, and listening to music. “Burgess Williams and his team at Zinda Law Group, are extremely knowledgeable and are very good at what they do. I was injured in an auto accident and Burgess and his team were able to maximize my settlement. Not only did all my medical bills get paid for but I also walked away with a lump sum of cash. Which is amazing cause I couldn’t walk at all after the wreck. Burgess and his team made the entire process painless for us and he kept us informed every step of the way.”

“I Only Wish I had Come to Him Sooner.”

“I think Mr. Williams is a great and wonderful attorney. I never had any problems. From the first day that we spoke, he was friendly and explained everything with a positive and pleasant attitude. I only wish that I had come to him sooner instead of dealing with another attorney who didn’t want to hear me out. I would most definitely recommend Mr. Williams to family/friends. The receptionist was always pleasant as well. Very satisfied with my experience here.”

“Burgess Williams at the Zinda Law Group law firm exceeded my expectations. Every aspect of my case was treated with the greatest care. My phone calls and emails were always promptly answered and throughout the case I always felt secure. With their team of professionals, I knew that I did not have to worry or stress about the final outcome of my case. I highly recommend this law firm and would like to personally thank Holly and Burgess for their kindness and dedication during such a rough time.”